Father’s Rights Relentless Advocacy in Pursuit of Your Legal Goals 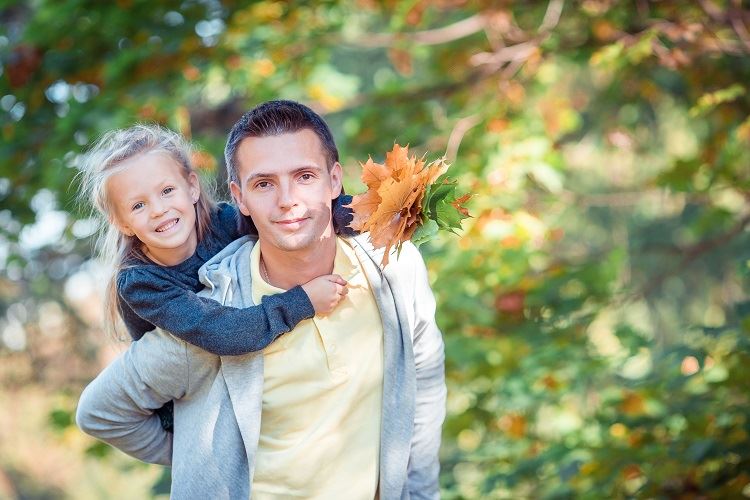 As a father, it is important to remember that you have parental rights, and those rights deserve to be protected. Legal separation, divorce, and custody battles can leave fathers in the dark, and many people wrongly believe that custody will automatically be given to the mother. However, this is not necessarily the case, and our Los Angeles father’s rights lawyers can help.

At the Law Offices of Christopher L. Hoglin, P.C., we will take the time to get to know you and your situation, discuss what your rights as a parent are, and help you achieve a resolution that will not devastate your role in your child’s life. Based in Pasadena, we provide counsel to clients throughout the greater Los Angeles area.

Questions about your rights as a father in California? Contact us and schedule a FREE consultation for more info on how we can protect your rights.

What Rights Does an Unmarried Father Have in California?

Without establishing paternity, an unmarried father does not have the right to make important decisions for his child, such as healthcare and education. That would belong to the mother. In the past, courts were reluctant to give any rights to unmarried fathers, but as time has passed, they are seeing the importance of the bond a child may have with their father. For this reason, they have highly encouraged any father wanting custody or visitation to establish paternity as soon as possible. This can be done by:

During these parentage cases, it's important to remember that both child support and custody orders can be requested by either parent. Having experienced legal representation by your side is critical at this juncture.

There are a lot of fathers who want to remain in their children’s lives, and at the Law Offices of Christopher L. Hoglin, P.C., we are dedicated to working tirelessly to make sure your California fathers' rights are fully protected. Having legal representation on your side can give you the edge in court cases, as well as provide peace of mind that you are being protected during out-of-trial settlements.

Our Los Angeles father's rights lawyers will take the time to learn about you, your situation, and your family, and help with the following:

The laws in California will allow both parents the opportunity to fight for custody and visitation. Having both mother and father figures in the child's life has shown to be beneficial to a child's upbringing. This means fathers can assert their right to maintain their relationship with their child, even if they were not married to the mother at the child's birth.

When it comes to child support, it’s not uncommon for people to believe that a father must always pay child support to the mother and not vice versa. In California, child support can’t take a parent’s sex into account – mothers and fathers are equally responsible for providing their child with financial support.

This means that either parent can request child support from the other parent during a divorce. Ultimately, the court will decide who pays child support and will determine a fair amount based upon a number of factors.

While child support orders are supposed to be made irrespective of a parent’s sex, fathers are often the ones paying support or feel as if the mother isn’t paying what she should when they receive it. These are problems that our father’s rights attorney in Pasadena can help you avoid if you’re in a similar dispute.

Do You Think You’re Paying Too Much in Child Support?

The purpose of child support is to help the parent who spends more time with a child pay for the child’s essential needs, such as shelter, food, clothing, and medical care. Child support orders are not supposed to punish a parent, but it can certainly feel like that’s what they’re doing at times – especially if a father is undergoing financial hardship.

If you are struggling to pay child support, you must petition the court to modify it. Even if you lost your job and are collecting unemployment, you are responsible for paying the amount of child support originally determined by the court until/if your modification is approved.

Any father petitioning for child support or to modify an order requires competent counsel that our father’s rights attorney in Los Angeles can offer. Reach out to the Law Offices of Christopher L. Hoglin, P.C. to schedule a free consultation!

A Father’s Rights During a Divorce

Although the law states that parents must be treated equally regardless of their sex, fathers are often seen as less important to their children than mothers are. This perception – whether intentionally or not – can affect divorce proceedings in a number of ways.

During a divorce, however, a father has the following rights:

In addition to these rights, a father and mother share responsibilities, such as providing financial support for their children, protecting them from neglect and harm, and more. Fathers should not need to fight for these rights during a divorce, although it may be necessary when a child’s mother is unwilling to cooperate during the process.

Additionally, a father doesn’t need to prove paternity to retain his parental rights during or after divorce. State law presumes that a married man is the legal parent of a child born during his marriage, whether or not the child is biologically related to him.

Dedicated Advocacy for Your Fathers’ Rights in California

At the Law Offices of Christopher L. Hoglin, P.C., we are advocates for fathers and families throughout Pasadena, San Marino, San Gabriel Valley, and the rest of the Greater Los Angeles area. We know that having your children in your life is important, and with the assistance of our Pasadena father’s rights attorneys, we may be able to ensure that you stay as an integral part of their lives.

Call us today at (626) 653-4075 for a free consultation with our father's rights attorney in California.